Mountain has been nominated in multiple categories at The Festival of Time: Des Histoiries film festival. Chris Quick bagged a third nomination for his editing on the film. Graeme Watt from 8Acres Film was nominated for Best Special Effects. Darren Eggenschwiler gained a second nomination for Best Cinematography and Mountain itself has been nominated for Best Fight Scene and Best War Film. It is one of the films with the most nominations at the festival. The Festival of Time:

Mountain follows a trio of U.S. soldiers who fight for survival after being trapped behind enemy lines during World War II. Wam Siluka Jr, Craig Young and Jam Morrison star in the pic produced and edited by Chris Quick. Electric Faces cinematographer Darren Eggenschwiler is shooting the film on Black Magic Cinema cameras. Oliver Lodge is providing an original score and Graeme Watt of 8 Acre Films is designing digital effects for specific sequences. Mountain is expected to rea 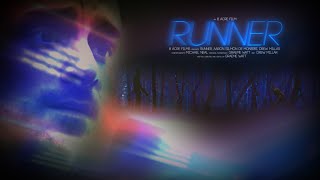 Weegies director Graeme Watt has joined Mountain as the film's sole visual effects artist. Watt is a talented and versatile filmmaker, combining practical and digital effects in his own work. He is currently directing two series, the comedy Weegies and supernatural anthology Terrific Nightmares. I approached Graeme directly after being stunned by his short film Runner and working with him on Mountain has been a constant delight. Runner screened alongside Electric Faces at a s

'Mountain' Is The Closing Film At Glasgow Blueprint