The annual 'I See You Awards' has nominated 'Mountain' for nine awards this week! The 'I See You Awards' was founded by WWJ Newsradio award winning film critic Terri Lee Chandler and takes place in Royal Oak, Michigan August 22-25. We are beyond ecstatic with the film being so thoroughly embraced by an event so far from home. The film has been recognised for direction, screenplay, editing, score, cinematography, Best Picture as well a nomination each for 'Hottest Up-and Comin

Through winning the December audience award at Blueprint Glasgow, 'Mountain' was nominated for the Hilton Earl Memorial Award at the Glasgow Short Film Festival 2019. It was one of only four films announced to be in contention for the prestigious award. The three other nominated films were; BAFTA Scotland Best Short 2018 nominee 'Slap' from Simone Smith 2016 documentary Still Life: 'Portrait of a Fighter' by Kieran Hennigan Alistair MacLeod adaption 'In The Fall' by Tom Gentl

The Festival of Time: Des Histoires has bestowed Mountain with the 'Best War Film' award at its first year in Canada over New Year. The film was nominated in five categories, also being recognised for editing, cinematography, fight sequence and special effects. The festival had an impressive slate of films specializing in stories set in the past and the Mountain team are honoured to be among 2019's winners. #awards #festival #mountain

Mountain has been nominated in multiple categories at The Festival of Time: Des Histoiries film festival. Chris Quick bagged a third nomination for his editing on the film. Graeme Watt from 8Acres Film was nominated for Best Special Effects. Darren Eggenschwiler gained a second nomination for Best Cinematography and Mountain itself has been nominated for Best Fight Scene and Best War Film. It is one of the films with the most nominations at the festival. The Festival of Time:

Super grateful to the Top Indie Film Awards nominating Mountain this year. Getting the opportunity to do these films with an awesome cast & crew is rewarding in itself but it's always amazing to get a little recognition once the film escapes the edit bay. I've been nominated for Best Writer & Best Director on a film that was put together for a relatively tiny £500. Chris, Darren & Oliver have all also been recognised in their respective fields on Mountain over the past few mo

Chris Quick won 'Best Editor' for his work on Mountain at the Dublin Independent Film Festival last week. Quick writes on his official site; "To win in a festival with such a vast array of exceptional films is quite rewarding and I’m extremely grateful to the organisers of the festival." The standard at the festival was incredibly high, with shorts screening from all around the world. Select highlights included the hilarious The Family Way, Austrian award winner The Victory o

Feel the Reel have bestowed 'Mountain' with the 2nd place Best of Fest award at their September edition. The short film received FOUR nominations at the festival in different categories. Writer/Director Johnny Herbin was nominated for Best Screenplay, Producer/Editor Chris Quick for Best Editing and Director of Photography Darren Eggenschwiler for Best Cinematography. Mountain follows a trio of U.S. soldiers who fight for survival after being trapped behind enemy lines during

Chris Quick has been nominated for the Best Editor award at the very first Dublin Independent Film Festival for his work on Mountain. The festival takes place on November 1st at Dublin's Lighthouse Cinema and 'Mountain' will be screening as part of the event. I'd like to offer a major congratulations to Chris on this achievement. His nomination is well deserved and we are all grateful to DIFF for the recognition. Mountain follows a trio of U.S. soldiers who fight for survival

Mountain up for 'Best Score' at LA Cinefest

Mountain composer Oliver Lodge has been nominated for 'Best Film Score' for his work on the short film at Los Angeles Cinefest 2018. The nomination follows the film's premiere as part of the Portobello Film Festival. Mountain follows a trio of U.S. soldiers who fight for survival after being trapped behind enemy lines during World War II. Wam Siluka Jr, Craig Young and Jam Morrison star in the pic produced and edited by Chris Quick. Electric Faces cinematographer Darren Eggen 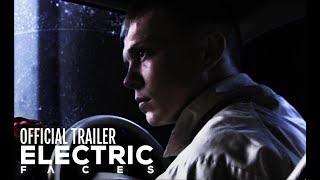 'Mountain' Is The Closing Film At Glasgow Blueprint